One year after the opening of his restaurant in Friedrichshain, we met Gaan in Khao Taan and talked, among other things, about Berlin’s food scene revival, spicy food, and his grandma!
in Asian, authentic, Berlin, Friedrichshain, thai 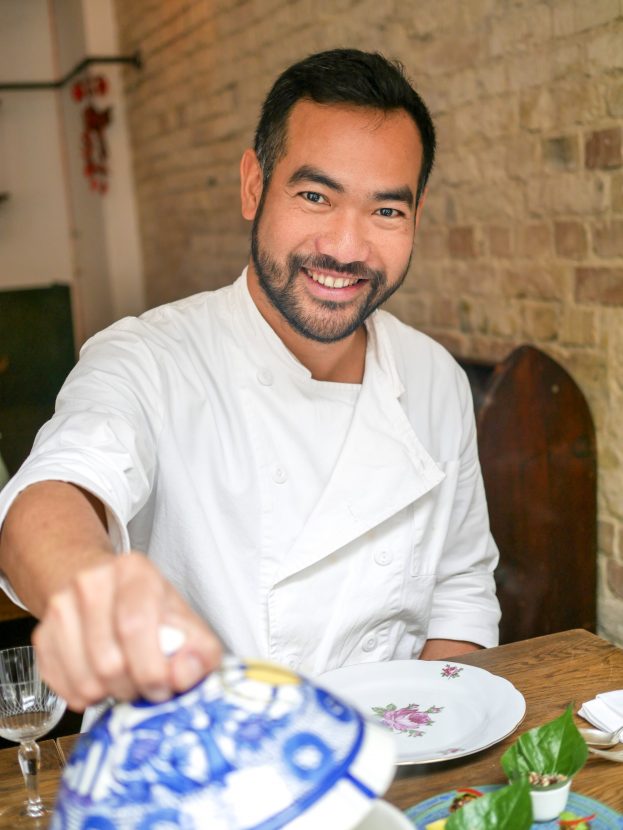 You can support Khao Taan by ordering online their special take away menu and their 3 homemade curry pastes!

Opened in 2019, Khao Taan is a Thai family restaurant. Why family? Because the philosophy of Gaan’s place is to make his customers feel welcome as they would be at his own house. The menu is exclusively composed of plates to share for a fixed price.

The concept is deeply related to Thai culture and its strong relation with food. Indeed, Gaan explained to us how all the dishes are meant to be shared in Thai cuisine. From breakfast to dinner, families share their entire meal by setting the plates in the middle of the table.

According to Gaan, this food sharing culture existing in Thailand allows for Thai people to know which dishes go together. It can seem pretty obvious for them to coordinate their dishes but it is actually a little bit harder for German people because they don’t know what to order together.

That is why Gaan decided to organise the different dishes in categories on the menu to help his customers. 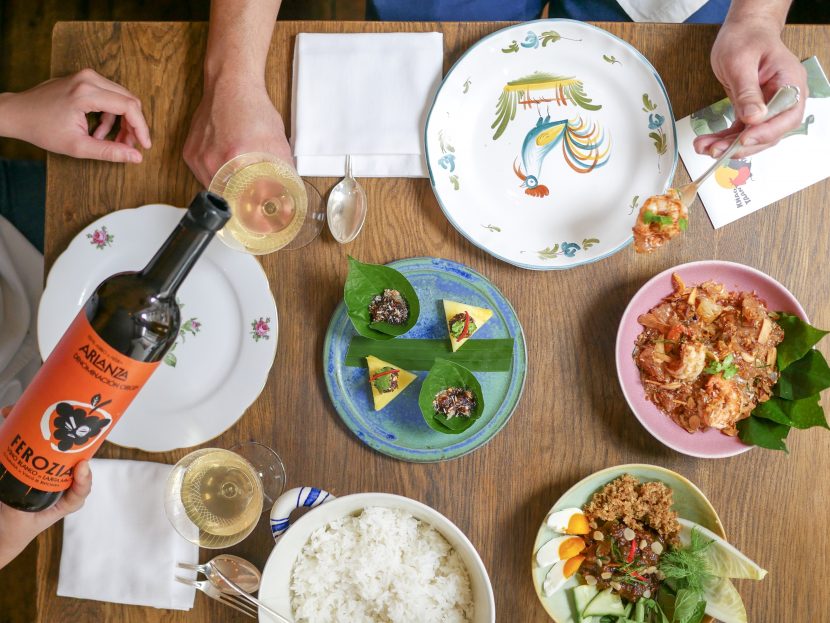 From court to the kitchen

Gaan does not have the usual career history that you would expect from a chef.

In Thailand, Gaan was a lawyer in the hotel industry. Craving for a change, he decided to work as a wedding coordinator. This experience gave him the taste for hospitality and that is how he came to Switzerland to study. After getting an internship in hospitality management and consulting in Berlin, Gaan decided to stay.

He then started to cook more and more until it became his main hobby and soon his full-time job.

The new chef to be worked on his concept by organising pop-ups and cooking in street food markets such as Bite Club or Street Food Thursday (Markthalle Neun). He started from scratch with no experience in cooking but said that these two years and a half helped him a lot. In fact, he improved his cooking and built strong connections in the industry.

Just before opening the restaurant and in order to master the « professional skills », Gaan flew to Bangkok where he worked for 3 months in star restaurant NAHM. This internship was, according to him, a full-on experience: working in a friendly atmosphere (not what he first expected from a fine dining restaurant) with chefs sharing their recipes allowed him to improve and to rediscover some old Thai ingredients.

Even though Gaan has not studied in a cooking school, his relationship with food started early.

Born and raised in a Chinese-Thai family, he grew up surrounded by food since his family ran a Chinese bakery for many years. He also mentioned his grandmother as a big part of his food and cooking passion. Indeed, his grandma was cooking everything herself since she couldn’t handle spicy food. Gaan used to help her a lot in the kitchen and consider her as his hero.

By the way, do you know what Khao Taan means?

Khao means rice or food in general and Taan is… Gaan’s grandmother’s name!

Thai cookbooks, especially one which is one of the oldest in Thailand. He also tries to travel to Thailand often to get inspiration and get to know the new trends there. 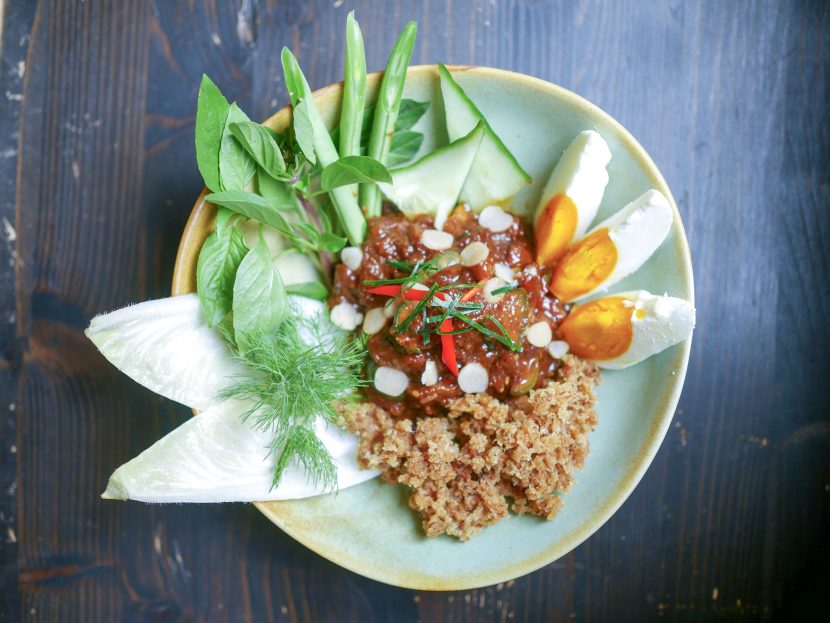 When we asked Gaan about the food culture in Berlin, he explained that 10 years ago (when he moved here), the food culture was really poor, and there was hardly anything interesting – in an international culinary point of view.

For him, the city started to change around 5 years ago. He also added that Khao Taan would not have been a success at the time! Indeed, before this revival of the Asian gastro scene, Berlin was mostly populated by « mixed Asian restaurant »: not very specialized and offering food from several countries. The more the city has become international, the more it also brought authentic food: people who have travelled to different countries and tried the food there are looking for real flavours in Berlin.

Another topic that is also usual in our beloved city is the service! Berlin is not known as the best place to get friendly service.

For Gaan, this is as important as the food. In fact, if the service isn’t great, the overall experience just goes bad. That is why he’s doing the service himself, to establish a relationship with customers and be able to tell them the story behind each dish he created.

We also asked Gaan what he thinks about other authentic Thai restaurants that opened in berlin these last few years.

He’s pretty enthusiastic about it: « it’s good to show that Asian food isn’t just cheap food and this helps to spread the message about real Thai cuisine »

In fact, in Khao Taan, they make everything from scratch: coconut milk, curry paste… and they don’t refrain cooking hot food!

You can find complaints about some (too) spicy dishes in the restaurant’s reviews, but for Gaan, it is actually a good promotion rather than an issue. People enjoying spicy food knows what’s the real deal here: no compromise!

So what’s next for Gaan?

He’s thinking about doing cooking classes and would be happy sharing his recipes with people.

He’s also working about a new concept in the restaurant for Sundays: cooking lunch and having individual dishes instead of plates to share.

Thanks, Gaan for this interview!