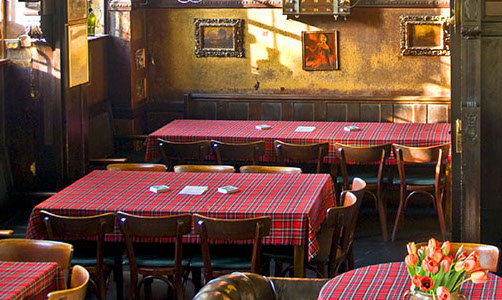 After 100 years of hospitality Henne’s crispy fried chicken is still a legendary taste of local Berliners’ memory. The bar and the restaurant Henne was opened in 1908 but moved after  to where it is located now in a 19th century middle class building near the Berlin wall. The place witnessed everything of the fall of Berlin wall and participate to the Germany economic history after wars. In the 60s, the bar owner Konrad Litfin even served guests at the boundary from American sector to Soviet sector and even the U.S. president John F. Kennedy was once their customer. Their crispy fried chicken is prepared according to a secret recipe that had not change for a century, serving with authentic potatoes and coleslaw. (photo credit: Henne)